If Juan Carmona had to write his life’s story, it might be called « La Belle Histoire », after the Claude Lelouch film in which he performed the soundtrack in 1992.

The Carmona family had emigrated from North Africa to France after being exiled in the early 1960s. Juan, born in Lyon, was only ten years old when his father gave him his first guitar. His passion for the instrument grew and his virtuosity was quickly remarked by professional musicians.

Juan’s journey as a professional guitarist next took him back to the land of his ancestors, Spain, to go back to his roots and imbibe at the Source – Jerez de la Frontera in Andalusia. His talent and the originality of his art were quickly recognized in this city, known as the cradle of flamenco.

For 9 years, he absorbed as much as he could in the purest flamenco tradition, rubbing elbows with some of its biggest names, like Joaquín Grilo, Agujetas, Duquende, Antonio Canales, Chano Domínguez and many others. He recorded his first albums and won international awards including the prestigious guitar competition International de Jerez, finalist of the competition of the Union of Cordoba and winner of the great Paco de Lucia Awards.

The success Juan encountered in Spain was a triumph for this Gypsy of French origin. On his return to France, he collaborated with musicians of diverse origins: Sylvain Luc, Larry Coryell, Marcus Miller, Jan Garbarek, Trilok Gurtu, Subramanian, Baden Povell ; each project adding a new color to his sound pallette.

Creative and curious, his thirst for learning is unquenchable and makes him what he is today : the creator of one of the most beautiful sounds on the international scene. His music is written with his memory, his ears, his heart and his passion.

A self-taught musician, he can boast of having composed his Sinfonia Flamenca and Orillas, today performed by many orchestras in the world, including the Sydney Symphony Orchestra (Australia), the St Louis Symphony Orchestra (USA), the Russian Philarmony (Russia), the City Chamber Orchestra of Hong Kong (Hong Kong) and the National Orchestra of Lyon (France).

On tour with his musicians around the world (United States, China, Canada…), his albums Alchemya, Orillas, Sinfonia Flamenca and El Sentido del Aire were nominated at the Latin GRAMMY Awards, category « Best Album Flamenco of the year ». Winner of the Grand Prize Charles Cros 2015, UNESCO awarded him also the Grand Prize Zyriab of Virtuosos. His new opus Zyriab 6.7 (Release : 12th November 2021), with an exceptional cast that retraces the journey of the musician-poet Zyriab, stopping off along the Mediterranean, from oasis to caravanserai, covering 6,743 km from Baghdad to Cordoba. Each stop is a musical invitation with an emblematic artist of his country.

Praised by the leading figures of flamenco, Juan Carmona wanders on the air ways of the duende. At the intersection between musical modernity and the oldest and liveliest flamenco traditions of Andalusia, Juan Carmona is an innovator, one of the most valiant links of his generation. 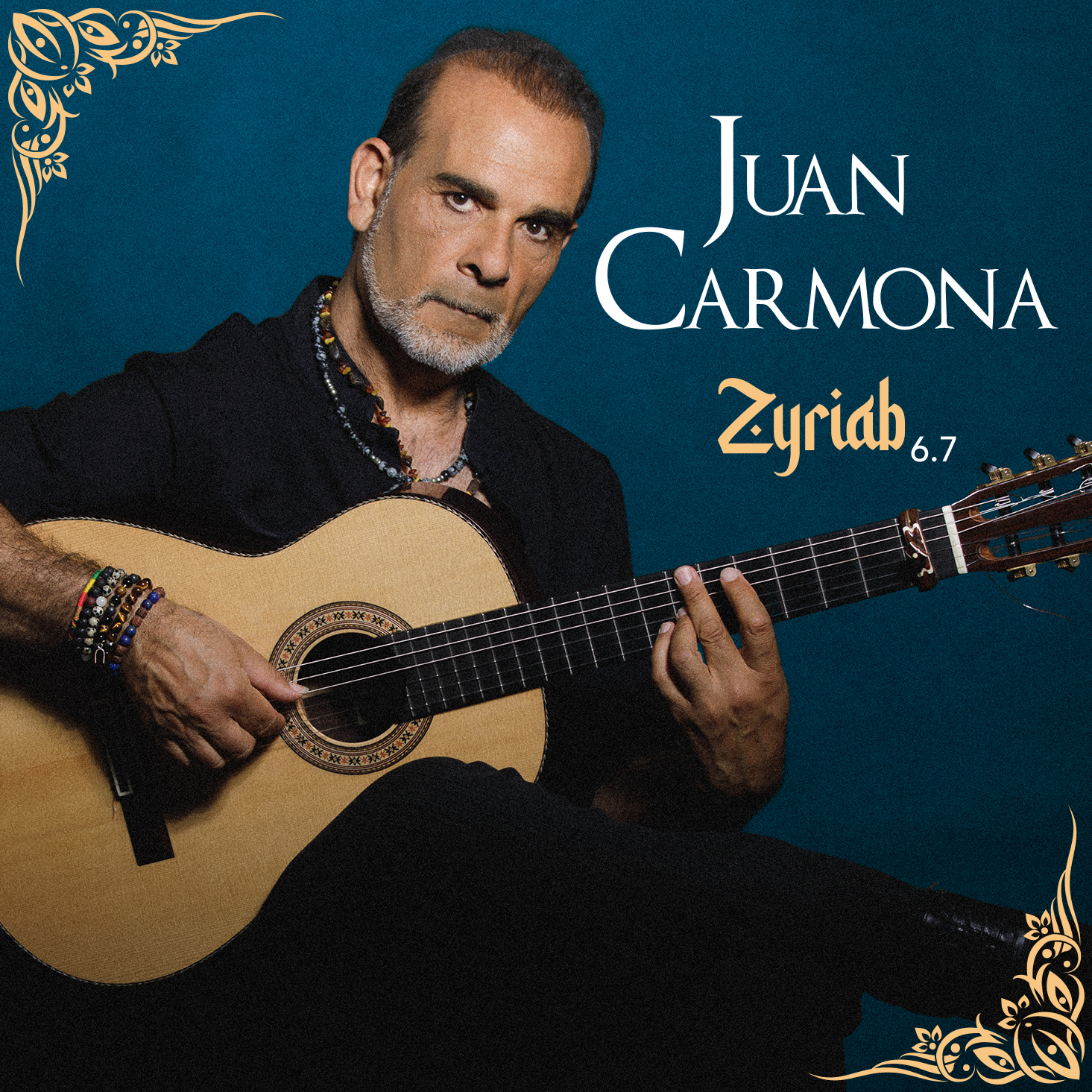