A masterpiece where the flamenco guitar stands as the queen…

Juan Carmona is among the best guitarists and composers of the new flamenco generation. Always looking for originality, his music, marked by the cultures of the South, goes far beyond borders of the Mediteranea and gypsie worlds. With Sinfonia Flamenca, Juan Carmona is definitly opening the doors of philarmony to flamenco.
After playing with the most famous flamenco singers and dancers, and collaborating with musicians from different musical horizons (traditional music, World music & jazz), Juan Carmona came back from Spain to France in 1996 and decides to impulse his career in a new path. For the first time, oral and written cultures are intersecting in an innovative and unexpected blend of oriental, andalusian and symphonic sounds.

The French guitarist was assisted in his venture by Rachid Regragui, director of the Royal Guard Orchestra of Morocco and an excellent connoisseur of traditional and classical repertoire. The two collaborated thanks to the video, Regragui taking up the music that Carmona interpreted for him and transcribing it. This process allowed him to penetrate the world of writing and to better memorize his work. Listening to the piece, written for an ensemble of song, dance, guitar and percussion, reveals its quality of arrangement. It is in turn the tradition of the baroque concerto grosso and the free spirit of jazz that are brought together.Entre modernité musicales et tradition andalouse, Juan Carmona fait figure de novateur. Après avoir accompagné les plus grands chanteurs et danseurs flamenco, après avoir conjugué ses talents à ceux de musiciens d’horizons musicaux très divers (musiques traditionnelles, musique du monde, jazz, …), il a impulsé un tournant à sa carrière en composant cette œuvre symphonique qui donne à sa musique toute sa densité.

From the very first bars, the listener is immersed in a musical density that banishes all superfluous moments, inspiration appears playful and luminous. The multiple contrasts between sensual lyricism and unbridled rhythms (omnipresent syncopations from the first movement, which contrasts a stunning introduction with a calmer second section led by the soloist) are cleverly arranged. The second movement, entitled Django, is of a melancholic nature, it enhances the guitar and then violin parts on a meditative carpet of strings. This is followed by Hierbecita, a vocal sequence with syncopations dedicated to Paco de Lucia. Return to the rhythmic and symphonic frenzy in La Isla de Leon (alegria) in which the guitar part shows itself with luminous clarity. As the subtitle indicates, we are swimming in happiness and joy. Finally, Punto Cubano leads with brilliance to the final climax.
More than twenty of the most prestigious foreign and French orchestras have performed the Sinfonia Flamenca to date. 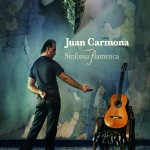 The discographic project is the result of several years of work (from 1999 to 2005) and it has been growing through the collaboration with different orchestras. Far from stereotypes, Juan Carmona made possible the encounter between two musics that at first sight seemed far one from the other.

Sinfonia Flamenca was recorded in Bulgaria (Sofia) with the Bulgarian Symphony Orchestra (S.I.F°) and appears in 2006 on Harmonia Mundi. The album will be rewarded with a nomination for the Latin Grammy Awards in the category “Best Flamenco Album of the Year.”

Many orchestras have integrated this contemporary work into their repertoire, composed and performed during his lifetime by a musician with a background in traditional music.

Conductors talk about the Sinfonia Flamenca 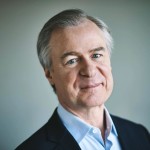 I’ve known and worked with Juan Carmona for many years, and as an amateur guitarist myself, my admiration for him knows no bounds! This is a musician whose pedigree is that of royalty in the Flamenco tradition and there is simply nothing on the guitar that he cannot play
with incredible ease and virtuosity. 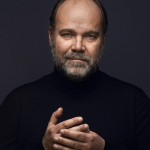 Far from the standards of classical music, it was very challenging for me to share Juan Carmona’s universe in this marvelous Sinfonia Flamenca. I really enjoyed it. This creation is a great success : it focuses on Juan’s talent who
is the heart of the orchestra. I’m looking forward to perform it again! 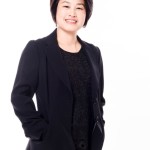 Sinfonia Flamenca is marvelous ! Juan Carmona, the virtuoso flamenco guitarist
who is the soul of this team, makes me feel inspired.